The LorenzTeam Realty Group respectfully acknowledges that we are on Treaty 6 land and territory. We recognize that we are settlers and that this is the homeland of First Nations and Metis’ People.

Today is National Indigenous Peoples Day, it’s a day for Canadians to celebrate the heritage, culture and contributions of First Nations, Inuit and Métis people.

To honour and celebrate National Indigenous Day we have compiled a list of Books by First Nations Authors that you should definitely check out. This is certainly not an exhaustive list, and we invite you to add your favourite First Nations, Inuit and Métis Authors too.

I am not a Number written by: Jenny Kay Dupuis and Kathy Kacer

When we were Alone written by: David Robertson

A Day with Yayah written by: Nicola I. Campbell

The Girl and the Wolf Written by: Katherena Vermette

We Sang You Home written by: Richard Van Camp

Books for Teenagers to Seniors

From the Ashes: My story of Being Meitis’, Homeless and Finding My Way written by: Jesse Thistle

In My Own Moccasins: A Memoir of Resilience written by: Helen Knott

Calling Down the Sky written by: Rosanna Deerchild 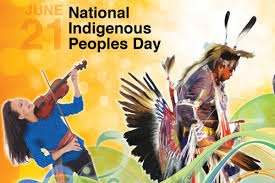