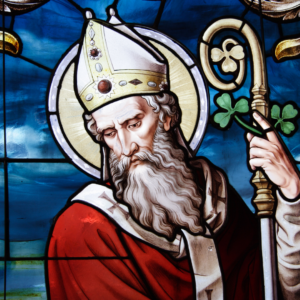 I often wonder why we celebrate St. Patrick’s Day, why we wear green and why do you get pinched if you don’t? Is there any significance to March 17th or was that just a random day they pulled out of a hat?

According to Britannica.com  “Born in Roman Britain in the late 4th century, he was kidnapped at the age of 16 and taken to Ireland as a slave. He escaped but returned about 432 CE to convert the Irish to Christianity. By the time of his death on March 17, 461, he had established monasteries, churches, and schools. Many legends grew up around him—for example, that he drove the snakes out of Ireland and used the shamrock to explain the Trinity. Ireland came to celebrate his day with religious services and feasts.” 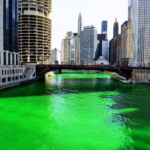 Here are a couple more fun facts I have learned about St. Patrick’s Day:

The first parade was held on March 17, 1601 in a Spanish Colony now known as St. Augustine, Florida.

Every year, Chicago dyes their river a bright green. This practice started in 1962 when city pollution-control workers used dyes to trace illegal sewage discharges and realized that the green dye might provide a unique way to celebrate the holiday. That year they released 100 pounds of green vegetable dye into the river, enough to keep it green for a week.

Some believe that we wear 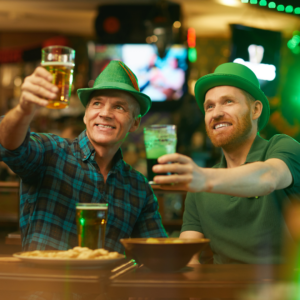 green because it makes us invisible to Leprechauns, otherwise they pinch you, and that might be true, but it is more than just that. Originating in 1798, the Irish rebelled against British soldiers, green became their uniform. This famous ballad was written about it called The Wearing of Green by John McCormack.

So there you have it, a tradition that goes much deeper in history than just wearing a green shirt and drinking green beer.. Although drinking the beer is likely my favourite part of the holiday. Have a fun and safe St. Patricks Day!

If you’re interested in learning more about St. Patrick’s Day, you can visit History.com 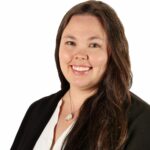